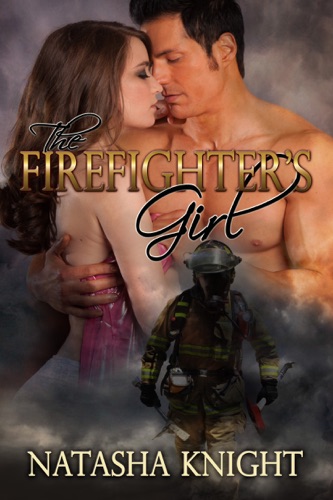 When twenty-eight-year-old Rebecca Banks learns that her next physical therapy patient is none other than Sawyer Hayes, she stays professional, but deep down she can’t help but panic. She hasn’t seen Sawyer for ten years, and their last meeting ended with him giving her a spanking she would never forget. Now Sawyer is the fire chief in the small town that has become her home, and it is an injury sustained in the line of duty which has brought him back into her life.

Even as he works hard on his recovery, Sawyer’s mind is on something else—repairing Rebecca’s trust in him. When her deadbeat boyfriend and his family implicate her in a serious crime and she’s sent to the local jailhouse to await trial, Sawyer pays her bail and brings her home with him under the condition that she obeys him… and that disobedience will have consequences.

Rebecca agrees, but when she defies her self-appointed guardian she soon finds that a hard, bare-bottom spanking is far from the most embarrassing punishment Sawyer is prepared to employ. Though Sawyer’s punishments leave her with cheeks blushing as red as her well-spanked bottom, they also ignite feelings and desires she never knew she had, and soon his fierce need to dominate and lead her is matched by her growing need to obey him.

Rebecca and Sawyer’s newfound romance grows quickly, but the stress of preparing for her upcoming trial continues to build and she fears the verdict will send her to prison. Can her firm-handed firefighter protect her, or will she be torn from his loving arms?