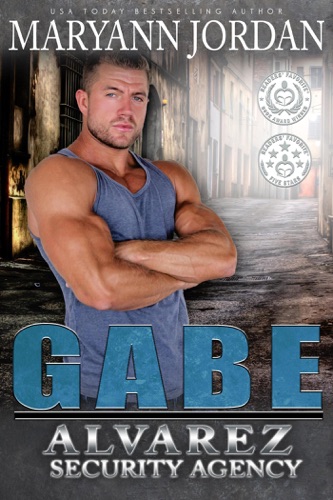 Alvarez Security Agency
Former Special Forces brothers-in-arms now working together to provide an elite security service in the southern city of Richmond.
Gabe Malloy, dedicated to his brothers, spent his weekends with cheap booze and easy women. When some of his friends finally settled down, he wondered if he would ever find the woman of his dreams. He just never expected to encounter her in an alley.
Jennifer Lambert worked as a social worker for the city and would often take food to the elderly residents in her building. One night, in an alley behind a restaurant, she was startled by a tall, handsome man wanting to assist. Giving him the cold shoulder, she left…but dreams of him followed her long into the night.
Gabe knew the independent Jennifer was a woman worthy of knowing, but convincing the beauty that she needed him was the challenge. Raising her young brother plus the responsibilities of the elder center, had kept her from looking for love…but she took a chance on Gabe.
Now that he found her, can he keep her safe when someone threatens her and those she loves? Calling upon his brothers, Alvarez Security races to save her before it is too late.