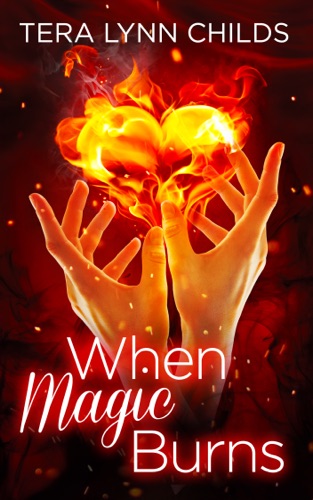 “From magic, to fairies and to hidden worlds, Childs will surely get you hooked on this fantasy filled novella!” —Talina at Sassy and Dangerous about When Magic Sleeps

When magic burns, the world ignites.

There is no fiercer fae in the Morainian guard than Regan McCrae. Orphaned as a child, she has dedicated her life to the protection of her clan. She eats, sleeps, and breathes her noble duty. Only in her most private thoughts does she admit to be dreaming of romance…and of capturing the heart of her clan’s younger prince. When she learns he has been taken prisoner, her only thoughts are of rescuing him. But her captain and her high prince have a more desperate mission in mind.

Cheerful and cheeky Peter Duncan comes from a long line of human seers who are sworn to guard the unseelie fae when they are vulnerable in animal form. Those in his position are expected to remain neutral, but he’s always been friends with the Moraine. He doesn’t care about stodgy old rules and regulations. But he does care about doing something more valuable with his life than just standing watch. When the high prince calls him to the palace and asks for his help, he jumps at the chance.

As danger and destruction loom at the edges of the fae realm, a faithful warrior with a secret longing and a human who has never taken anything too seriously must attempt an impossible task where failure means unimaginable consequences.