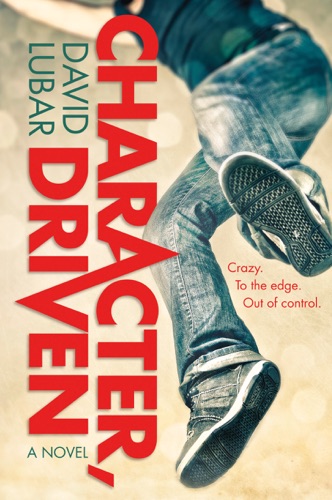 With only one year left of high school, seventeen-year-old Cliff Sparks is desperate to "come of age"—a.k.a., lose his virginity. But he's never had much luck with girls. So when he falls for Jillian, a new classmate, at first sight, all he can do is worship her from afar. At the same time, Cliff has to figure out what to do with the rest of his life, since he's pretty sure his unemployed father plans to kick him out of the house the minute he turns eighteen. Time is running out. Cliff is at the edge, on the verge, dangling—and holding on for dear life.

"Readers will giggle and guffaw at Lubar’s trademark humor, while their heartstrings are tugged and feelings are tied in knots. This exquisitely crafted coming-of-age novel gets down and dirty—and even rebellious—without sacrificing honesty, thoughtfulness, or respect." —Booklist, starred review

"Filled with wordplay and moments of wry observation and revelation, this contemporary coming-of-age-novel follows the trials of a big-hearted teen who suffers some hard knocks. . . . Cliff’s humorous perspective on his predicaments doesn’t lessen their sharp impact." —Publishers Weekly, starred review