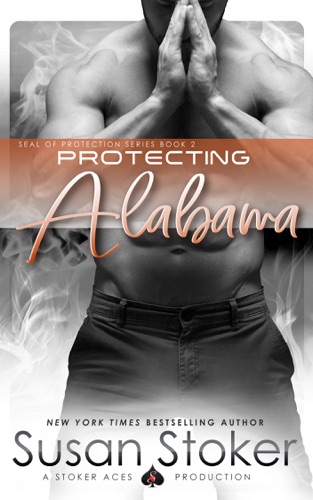 The heat was staggering and she began to feel light headed. But she wasn’t leaving without him.

Alabama didn’t have a good start to life. Emotionally and physically abused by her mama, Alabama spent her high school years in foster care. People let her down, time after time, and she’d learned to rely on only herself.

Christopher “Abe” Powers earned his nickname because he tolerated nothing less than absolute honesty from the people around him. Finding the bar scene stale and having watched his friend and teammate, Wolf, find the woman of his dreams, Abe was determined to find someone to share his life with too.

Alabama and Abe had no idea their paths would cross and their prayers would be answered, but like most things in life, nothing is ever as easy as it seems at first. Two words would change both their lives and they’d have to fight hard for their happy ever after.

**Protecting Alabama is a stand-alone love story. It’s Book 2 in the SEAL of Protection Series.**