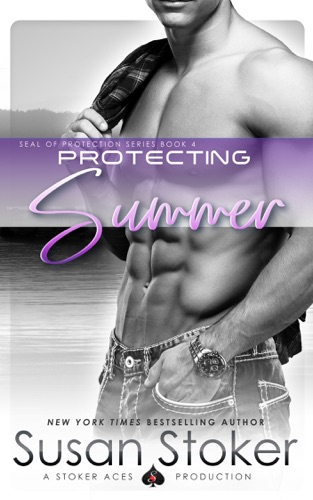 Just as she thought she was getting her life together, his past would come back to haunt them both.

Sam “Mozart” Reed’s life changed the day his little sister was found abused and murdered when he was fifteen. He’s spent the past nineteen years looking for the serial killer who took his sister from him and ruined his family. Using his connections, and SEAL training, Mozart believes he’s finally tracked the killer to the town of Big Bear, California.

Summer Pack is working in a crappy motel up at Big Bear Lake until she can find something better, more meaningful, more real. Living in an unhealthy situation, she meets a man who is everything she’s ever dreamed about and who helps her see that there are some people in the world who will actually do what they say they will.
But somewhere in Big Bear a killer is waiting to strike again. Watching for the perfect victim.

**Protecting Summer is the 4th book in the SEAL of Protection Series. It can be read as a stand-alone, but it’s recommended you read the books in order to get maximum enjoyment out of the series.