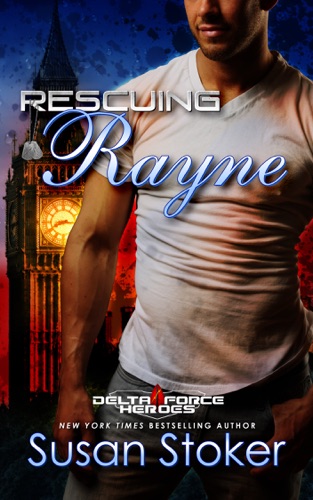 A single night of romance in London was all either could commit to. Fate and love demanded more…much more.

As a flight attendant, Rayne Jackson is used to cancellations, but she never dreamed her latest would lead to a whirlwind tour of London with a handsome stranger…or a life-altering night in his bed. One evening is all the enigmatic man can give her, and Rayne greedily takes it, despite suspecting it will never be enough.

Heading home after another extreme mission, Keane "Ghost" Bryson hadn't planned to seduce someone during his layover, but Rayne is too sweet to resist. Being a Delta Force member means lying to protect his identity, which is unfortunate, considering Rayne seems made for Ghost, right down to the tattoo on her back. For the first time in his life, regret fills him as he slips away the following morning.

Both are shocked when, months later, they meet again—under the worst possible circumstances. Seems fate has given them a second chance…if they can survive the terrorist situation they're in. If Rayne can forgive Ghost his lies. And if Ghost can trust Rayne to be strong enough to endure the secrets and uncertainty that come with loving a Delta Force soldier.

** Rescuing Rayne is the 1st book in the Delta Force Heroes Series. Each book is a stand-alone, with no cliffhanger endings.