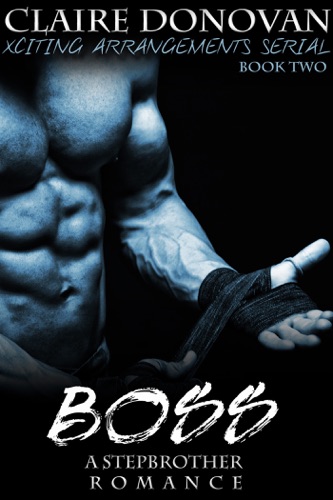 Alyssa steps into my office, eyes to the floor, and when she looks up I can practically see her face go white from across the room.

This is the second volume in the three volume Boss Serial of the Xciting Arrangements Escort series.

So my stepsister wants to be a high class escort, is that it?

Stepbrother Pimp, that's what she'll call me from now on.

It's not like she can look down her pretty nose at me for being a pimp, not if she's applying to be a whore.

She has a lot of sex training ahead, because right now her hands and lips are the only ones I want on me.

I can't believe how easily and quickly I've become caught up in Mace's web. I'm still not sure he didn't plan this whole scheme of luring me into his operation.

I remind myself that it's just routine business to him, even if it's not to me. I can't concentrate in my classes. My thoughts keep returning to our hook up in his office, everything else passes by in a dream.

I'm frustrated he hasn't called, because I want to talk with him about what happened between us.

When we were in his office I saw passion in his eyes and felt his desire for me. I'm not going to let him seal up our relationship in a box.

A synopsis of the four-part Boss Stepbrother Romance Series follows and may contain spoilers.

This is the first book in the Xciting Arrangements Escort series. The three volumes of Boss introduce a cast of characters who are involved in a successful online escort business.

Bad boy Mace is an alpha male and a man of action. An amateur mixed martial arts fighter who is building a multi-million dollar business, he satisfies his sexual needs with casual hook-ups that don't involve love or commitment. When his smart and sexy stepsister Alyssa waltzes into his office looking for a job, Mace is determined to dissuade her from becoming an escort. He decides to personally take charge of her schooling in the ropes of her new trade. Little does he know that he's about to learn some new lessons himself.

Mace is struggling with his own issues: sadness over the loss of his mother and anger toward Alyssa's father, whom he suspects killed his mother. He trains and fights in mixed martial arts, to help him subdue his inner demons and keep hidden his dead stepfather's dark secrets. Mace needs to learn forgiveness before he's ready for a serious relationship.

Boss is set in urban Trenton, NJ, and it's full of racy adventure and swift B-movie noir action. The plot is reminiscent of romantic mystery movies and dime store detective and private investigator thrillers. The story is full of twists, betrayals and suspense. The gambling and poker casinos of Las Vegas and Atlantic City, and the Jersey vacation beaches provide backdrop. Full of fun and humor, the story is seasoned with salty exchanges between the warring sexes. This new adult series is a romantic sexy saga worth reading!