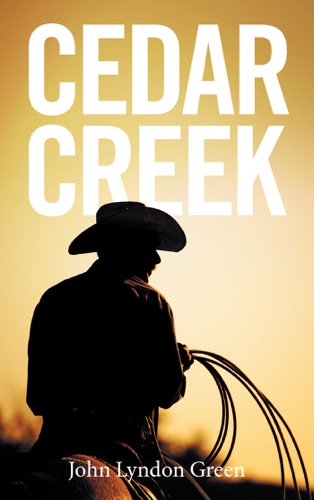 Matt Watson is the marshall of Cedar Creek and doubles as sheriff for Wabash County in Southwest Kansas, a small town with not too many problems, except the feud between the Jamesons and the Strogmans. Hady Mae Jameson rules the Jameson family after Claude Sr. had been killed allegedly by the Strogmans. Hady Mae believed the eldest son, Mark Strogman, had killed her Claude. Although Matt and his two deputies, Larry and Lance, could find no proof of her claim, evidence pointed towards someone who had killed a calf to eat, and Claude came upon the rustler and the rustler and Claude drew and shot at each other. By the blood, both were hit. Claude died shortly after being hit. The rustler wasnt hit hard. The evidence pointed to him taking time to butcher Jamesons calf and taking a big part of it with him. Matt, Larry, and Lance lost the rustlers tracks in Power Creek. Matt and his deputies went along Power Creek for two miles, not finding any place where the rustler could come out. Neither Matt, Larry, nor Lance could find any tracks at the Strogmans ranch matching the rustler horse at the scene. Mark and five of the Strogmans hands had been gone with a small herd of fat cattle to sell in Colorado. Mark and his hands were gone for over two weeks. Matt and Lance went back to the Strogmans ranch, checking all of the horse tracks. None of them matched the rustlers tracks. Mark let Matt check his body for fresh wounds, and none were fresh nor had the appearance of a gunshot wound. Even though none of the horses tracks matched those of the rustler who had killed Claude Sr., Hady Mae said, Mark could have sold the horse while he was at the gold camps in Colorado, which was true to a point, except all five hands said, They had left two days before Claude Sr. had been killed.