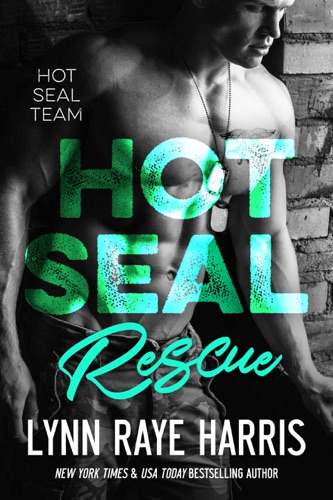 Abducted at gunpoint by a gorgeous woman…

Navy SEAL Cody “Cowboy” McCormick is in Las Vegas for a little R & R before his friend’s wedding when a beautiful blonde jams a gun in his side and abducts him from a casino in broad daylight. He could stop her, but he plays along because he’s intrigued—plus he’s convinced she’s in danger.

CIA agent Miranda Lockwood’s life is on the line when an undercover operation goes wrong. Little does she know when she sashays up to the biggest, baddest looking dude in the casino lobby that she’s kidnapping a Navy SEAL—or that she’ll be unable to resist his charm when he turns up the heat.

When the CIA labels her a rogue agent, Miranda’s faith in everything she believes in is shaken to the core. Cody’s the only one she can trust to help her find the traitor in the agency. But even though she’s forced to betray him, she can’t get over the SEAL who made her feel safe in his arms. Miranda will have to fight harder than she’s ever fought for anything if she wants his forgiveness—but Cody’s not in a forgiving mood in spite of the sparks that still fly when he’s forced to team up with her again.

When disaster strikes and they’re caught in the line of fire, Cody will do everything in his power to keep them both alive. Because if he doesn’t, he’ll never get to hold Miranda close again…

NOTE: If you read the first part of this story in SEALs of Summer 3, this is the complete book.

"So, one of my favorite series (HOT) just got an infusion of new blood...SEAL blood. That's right, HOT SEALs!" -- Saved by Suspense

"Another awesome effort and A+ read in this world of the maybe-mythed-but-oh-my-they-do-exist Hostile Operations Team." -- Mignon Mykel Reviews

"As for Navy SEAL Dane “Viking” Erikson? Well if the man doesn't melt the panties off of you, I just don't know if we're reading the same book." -- Lana Kart