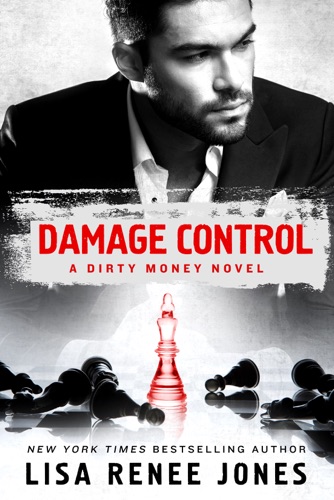 Wall Street meets the Sons of Anarchy in Damage Control, the smoldering, scorching next novel in the explosively sexy Dirty Money series from New York Times bestselling author Lisa Renee Jones.
The only thing more dangerous than a dark secret is a damaged heart…

Shane Brandon has been pushed to the brink, torn between his corrupt family and his explosive, all-consuming desire for Emily Stevens, who he now knows is not who, and what, she seems. Has he trusted the wrong person? Will she, not his brother Derek, be the ultimate destruction of his family Empire.
Emily tries to run from Shane, but he will stop her, confront her, force her to reveal all – one hot touch and kiss, at a time, under every intimate detail of who this woman is, and what she wants, is exposed. But as he tears away the dangers of the unknowns with the woman in his bed, and in his heart, The Martina Cartel, has set their sites on his company, his family, and the one piece of leverage they believe he won’t gamble with: Emily.

This is book TWO of FOUR in Shane and Emily's story.