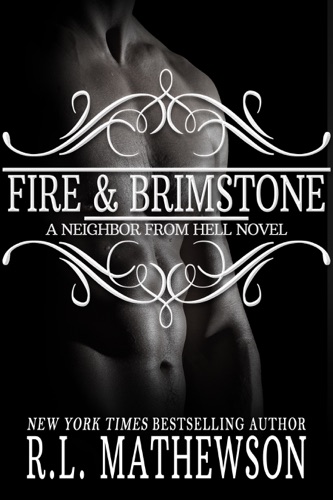 What happens when a Bradford with questionable OCD and a reputation for making his employees cry falls for the woman that refuses to accept the fact that he’s fired her and was terrifyingly more of a Bradford than he was?

Lucifer Bradford has finally met his match in the small woman who enjoys making his life a living hell. He still wasn’t sure how she was doing it, but every single day without fail, she found new ways to drive him out of his damn mind. When he finally manages to do the one thing that he’d dreamed about doing for years, she takes him by surprise and makes him realize that there was more to the woman that loved to drive him crazy than he realized.

Without her, the Fire & Brimstone would be lost. He needed her, which was why she just couldn’t let him fire her, because without her, he’d be lost. It was for his own good. It really was. At least, that’s what Rebecca tells herself as she torments her boss. It was probably wrong to torment the man that signed her paychecks, but she just couldn’t help herself. There was just something about the incredibly handsome man that loved to glare that made her want to see just how far she could push him.