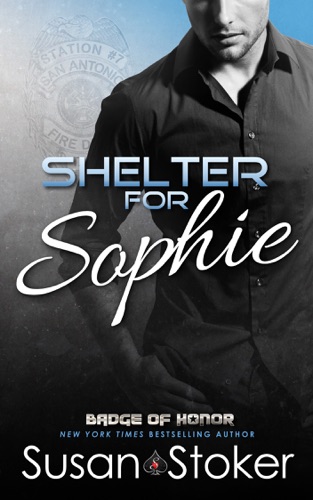 As she faced the flames, she realized two things with absolute certainty. She could bear the heat, but she could not bear losing him.

She’s shy, he’s stoic…not the hardest personality traits to overcome, but Sophie Carson and Roman “Chief” Proudfit definitely have their work cut out for them.
Sophie has a crush on the silent-but-studly firefighter next door. She’s been pining away silently while secretly helping the hardworking man by mowing his lawn—which he thinks is being done by her nonexistent husband and/or boyfriend. He’s definitely not big on neighborly chitchat, but with her stutter, that suits Sophie just fine. But now a misunderstanding at a bar has put him even further out of her reach.
Roman’s difficult upbringing on an Indian reservation is a sore spot, so when he thinks Sophie is taking advantage of poor people for medical trials at her workplace, he lets her know exactly what he thinks. But when he discovers he misunderstood, he’s man enough to admit it…and also admit he should have opened his eyes to his beautiful, sensitive neighbor sooner.
As the couple gets closer, each helping the other overcoming lifelong pains, for the first time in years, Roman has something to live for other than his job. And, as he discovers when Sophie puts herself in danger, something even bigger to lose…
** Shelter for Sophie is the 8th book in the Badge of Honor: Texas Heroes Series. Each book is a stand-alone, with no cliffhanger endings.