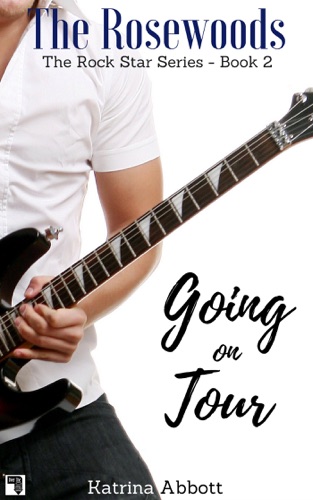 Vanessa Capri is living the life a million girls would envy: she’s the acting tour manager for her producer father’s fledgling boy band. Except that living in a tin can (even a luxuriously outfitted tin can) with a bunch of boys isn’t always what it’s cracked up to be. Not only does she sleep in a bunk in what the boys affectionately (and scarily accurately) call the morgue, but she has to share a tiny bathroom with nine other people, works ridiculous hours doing everything for the band, and has had to put her own life on hold. From arranging meals and buying toothpaste, to settling squabbles and tearing down stages, she’s the go-to girl for the band. Even though she has her best friend, Sandrine Thibeault, with her as the band’s in-house vlogger and social media manager, being on tour is not the easy and relaxing summer in the Hamptons she’d planned on.

Still, Vanessa takes her role very seriously and is committed to doing a great job for her father, which means no dating on tour. Such is her plan. But keeping a professional distance from the guy she’s into—one of the very hot and irresistible band members—is a lot harder than it sounds.

Not normally one to get caught up in the whirlwind life lived by rock stars, Vanessa’s past and present begin on a collision course; her reasons for not wanting to get involved with musicians become clearer than ever. Because while the band starts selling out concerts and becoming social media darlings, the fallout causes Vanessa’s personal life to circle the drain. There isn’t much she can do but go along and hope her heart doesn’t get thrown under the wheels of the tour bus.

Going on Tour is the second book in The Rosewoods Rock Star series, for readers who love swoony romantic comedies about rock stars and the girls who can’t resist them.

Note: The Rock Star books are companions to original Rosewoods series, but take place after it, beginning chronologically after Crossing the Line (book 10). There are some spoilers, but each series can be read independently.