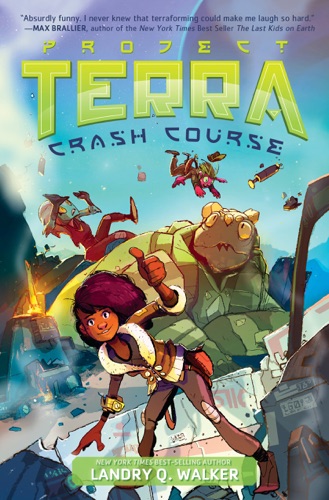 Guardians of the Galaxy meets Minecraft in this hilarious new sci-fi series.

TERRAFORMING 101 - An introduction to the sciences and technologies of extraterrestrial world-building. Open to first year students.

Elara Adele Vaughn has everything it takes to become a top planetary designer: skills, talent, and a one-way ticket to the Seven Systems School of Terraforming Sciences and Arts. But for all her excitement, life at her new school is a lot tougher--and stranger--than she ever thought possible. Her roommate, Clare, is a mute, intergalactic sponge. A field trip almost ended in the belly of a monster. And no one at her new school knows what it's like to grow up on a planet so far away it's called "Nowhere." But if the galaxy's greatest terraformers made it through their first year, then so can Elara.

Based on the real science behind terraforming, this action-packed story mixes world-building adventures with side-splitting humor, plus a dash of deep-space madness.