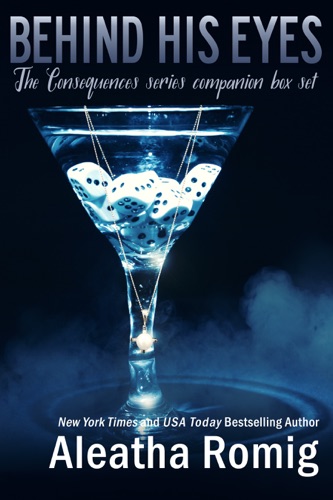 The box set that answers the question...
What was Tony thinking?

From New York Times and USA Today bestselling author Aleatha Romig delve into the mind of the man who slowly realizes that there is more to life than money and power. Witness his thoughts as his control is not only challenged but lost, and he must come to terms with the consequences and the truth.

These companions are not a total re-writes and must be read after the Consequences series.
Through significant scenes and behind-the-scenes moments from the first two books dive in and learn about the man who thought he set the rules and delivered the consequences. With this new insight, learn how Tony’s well-designed existence is incomplete.

In BEHIND HIS EYES CONSEQUENCES Tony's motivation is explored.
Control? Acquisition? Domination? Love?

In BEHIND HIS EYES TRUTH with past sins and motivations revealed, Tony's truth is made clear.

Once upon a time, a man signed a napkin that he knew was a contract. As an esteemed businessman, he forgot one very important rule—he forgot to read the fine print. It wasn’t an acquisition to own another person as he’d previously assumed. It was an agreement to acquire a soul. —Aleatha Romig, CONVICTED