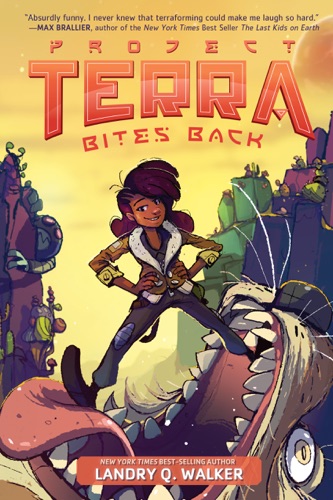 Guardians of the Galaxy meets Minecraft in the second installment of this hilarious sci-fi series.

After narrowly escaping death and saving Paragon from destruction, Elara Adele Vaughn is back in action to start her second year at the Seven Systems Academy of Terraforming Arts. But she's done being a hero this time around--Elara just wants to learn how to build new worlds with her best friends Knot, Beezle, Sabik, and her alien-sponge roommate, Clare. But when an evil time-hopping force threatens to take down the galactic order, Elara's "normal" school year might turn into something weird. But what's a little danger for the Academy's most troublemaking student and her oddball crew of friends?

Based on the real science behind terraforming, this action-packed story mixes world-building adventures with side-splitting humor, plus a dash of intergalactic madness.