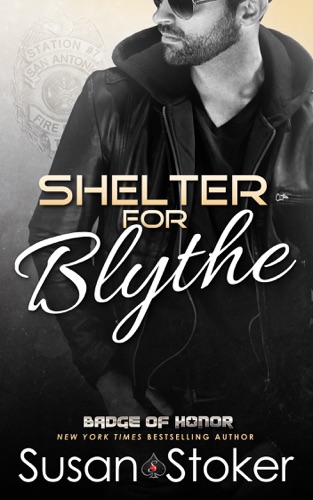 Blythe Coopman never imagined she’d be homeless, but a series of events has landed her on San Antonio’s streets…hungry, tired, and scared. She clings to her most precious possession, a phone accidentally swiped from a local firefighter, who, instead of canceling the number, starts texting her. Soon, the man’s calls and texts are the highlight of her days, but she declines his frequent offers of help. Blythe refuses to be his burden—until a vicious attack takes the decision out of her hands.

When the woman he’s already begun to care for ends up in the ER, Sawyer “Squirrel” McClay is livid—and ashamed. He should have insisted she accept his help long ago. Now, he’s not taking no for an answer. While his friends rally round Blythe, Squirrel’s bond with her grows stronger by the day, until he realizes he’ll do anything to keep her safe, healthy, and happy…even as his own lifelong insecurities work against him.

But despite leaving the streets behind, Blythe and Sawyer discover old dangers still linger, threatening to end the couple’s new bliss before it’s barely begun.

** Shelter for Blythe is the 11th book in the Badge of Honor: Texas Heroes Series. Each book is a stand-alone, with no cliffhanger endings.