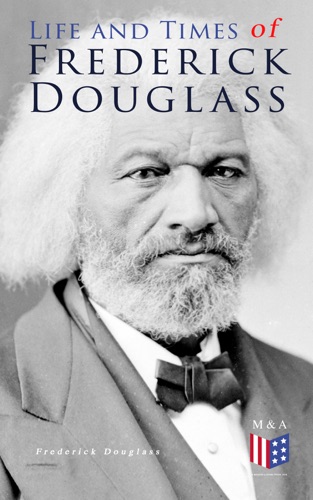 "Life and Times of Frederick Douglass" is the third and last autobiography of Frederick Douglass. In this finial memoir Douglas gives more details about his life as a slave and his escape from slavery than he did in his two previous autobiographies.
Frederick Douglass (1818 – 1895) was an African-American social reformer, abolitionist, orator, writer, and statesman. After escaping from slavery in Maryland, he became a national leader of the abolitionist movement in Massachusetts and New York, gaining note for his dazzling oratory and incisive antislavery writings.
Contents:
Author's Birth
Removal From Grandmother's
Troubles of Childhood
A General Survey of the Slave Plantation
A Slaveholder's Character
A Child's Reasoning
Luxuries at the Great House
Characteristics of Overseers
Change of Location
Learning to Read
Growing in Knowledge
Religious Nature Awakened
The Vicissitudes of Slave Life
Experience in St. Michaels
Covey, the Negro Breaker
Another Pressure of the Tyrant's Vise
The Last Flogging
New Relations and Duties
The Runaway Plot
Escape From Slavery
Life as a Freeman
Introduced to the Abolitionists
Recollections of Old Friends
One Hundred Conventions
Impressions Abroad
Triumphs and Trials
John Brown and Mrs. Stowe
Increasing Demands of the Slave Power
The Beginning of the End
Secession and War
Hope for the Nation
Vast Changes
Living and Learning
Weighed in the Balance
"Time Makes All Things Even"
Incidents and Events
"Honor to Whom Honor"
Retrospection
Later Life
A Grand Occasion
Doubts as to Garfield's Course
Recorder of Deeds
President Cleveland's Administration
The Supreme Court Decision
Defeat of James G. Blaine
European Tour
Continuation of European Tour
The Campaign of 1888
Administration of President Harrison
Minister to Haïti
Continued Negotiations for the Môle St. Nicolas