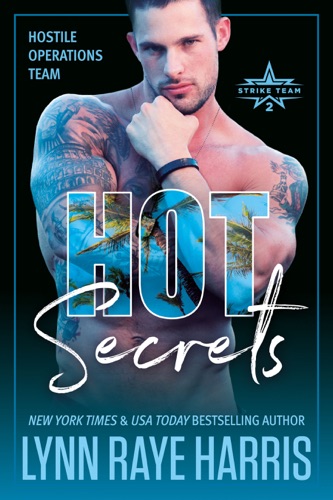 She nearly ruined his life. Now she needs him to save hers.

Computer hacker Bliss Bennett accepted a simple job: access confidential files and turn them over to the CIA. But something went wrong. Now, she has a target on her back. And the only man who can save her wouldn’t give her a glass of water if she was dying of thirst. Not that she blames him.

But she has to try.

Sky Kelley isn’t the same man who fell in love with the bewitching genius whose lies nearly cost him his military career. These days he’s a badass commando with lethal moves to match his mad hacking skills. And he’s not inclined to do Bliss any favors.

But Sky isn’t wired to turn away anyone in distress. He’ll do what it takes to protect her, but he won’t get emotionally involved. Not ever again.

Except truth has a way of revealing itself, especially when a deadly enemy sets his sights on Bliss…

**Start reading the Hostile Operations Team Series - Strike Team 2 today and enjoy an action-packed, seriously romantic and steamy-good-fun military romantic suspense. Each book can be read as a standalone. No cliffhangers or cheating and a guaranteed happily-ever-after ending!