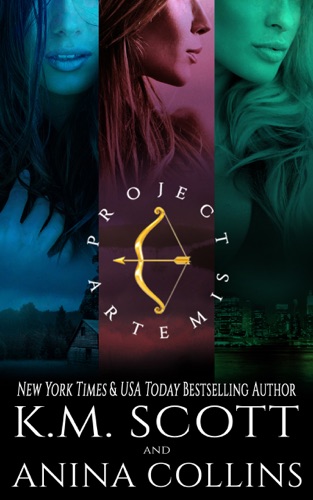 Get all three books in The Project Artemis Box Set and SAVE!

In The Darkness
Persephone Gilmore comes from a life of privilege. The oldest daughter of media mogul Marshall Gilmore, she grew up wanting for nothing. But her father taught her more than just how to make billions, and even though she could sit by the pool and eat bon bons every day for the rest of her life, she chooses to work as an ER nurse and live on her own away from the family estate and her father's security.

Then one night, those choices come back to haunt her.

Nick Hanson hasn't been truly happy since he left the FBI. Life as a hired gun for wealthy clients has paid well and made him very much in demand, but it isn't the same as the life he used to have. When Marshall Gilmore wants to hire him to rescue his daughter after she's taken hostage by a terrorist group, he agrees, but to save her, he'll have to go undercover and become one of them. It's dangerous work, but he knows what to expect and he's never been one to turn down a challenge.

What starts out as just another case turns into something much more, and Nick finds out just how much he's willing to do to save Persephone.

After The Storm
Kate Sheridan thought she had a handle on life. She had a good job as a legal assistant, great friends, and a life in New Orleans she enjoyed. Until that life came apart at the seams. Now her boss is dead, murdered along with one of his clients, and Kate is on the run from the police who think she's a prime suspect.

And things are going to get worse before they get better because what her boss stumbled upon involves far more than just some personal injury case in the Big Easy.

Roman Gregory is proud of his work with Project Artemis. After spending years as an Army Ranger, he's committed to helping women in danger. He's one of the members Nick and Persephone can always rely on to solve a case and get the client's life back to normal because he never lets anyone get in his way of handling a problem. And he never lets anyone get close.

Then he's given the assignment in New Orleans and everything changes. But will protecting Kate be something he can do without letting her in?

Behind The Scenes
Alexis Marchand is one of the biggest movie stars in the world, loved by millions of fans around the globe. Her meteoric rise to fame has come with its fair share of heartache, but she's remained strong, thanks to those closest to her and their unfailing support. Life as a movie star is good.

Until one day a simple letter arrives and turns her world upside down. Now she lives in terror, afraid of that one fan who has taken it too far.

Hunter McKary knows something of movie stars because of his time as a LAPD detective. He thought he left those days behind him, but when he's sent to find out who's stalking the beautiful blond actress the world adores, he grudgingly goes to New York, expecting to find a typical spoiled diva like those he met so many times before back in LA.

The woman he finds isn't anything like he expected, and a job he dreaded becomes something else entirely. But someone out there has different plans for Alexis.