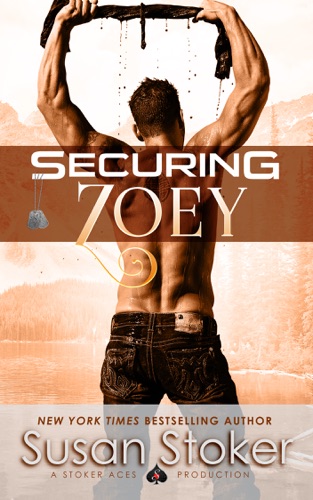 Getting a second chance at love is great, but at the cost of being stranded in the Alaskan wilderness wasn’t how she imagined it would happen.

After an unstable childhood, Zoey Knight landed in Juneau, Alaska, during high school, and has never left. Now in her early thirties, she lives a quiet life that includes part-time caretaker for a beloved father figure. Despite the stability, she occasionally wishes for more adventure. She gets more than she bargained for when a plane she’s in goes down in a remote stretch of wilderness—and the only other passenger is a man she’s crushed on for years.

Life as a SEAL doesn’t allow for much spare time, but Mark “Bubba” Wright still regrets not trying harder to visit his pop. Now it’s too late, and the guilt is heavy when he heads to Alaska for the reading of his father’s will. The only bright spot is finding a girl he knew in high school on the same tiny plane. The same woman, it turns out, who’s been taking care of his pop…a girl he crushed on in high school.

Struggling to survive in the Alaska back country isn’t the kind of second chance either envisioned, but relying on each other makes Zoey and Bubba’s rekindled attraction hotter than ever. Funny how puzzling out who might want them dead can bring a couple closer together…

** Securing Zoey is the 4th book in the SEAL of Protection: Legacy Series. Each book is a stand-alone, with no cliffhanger endings.