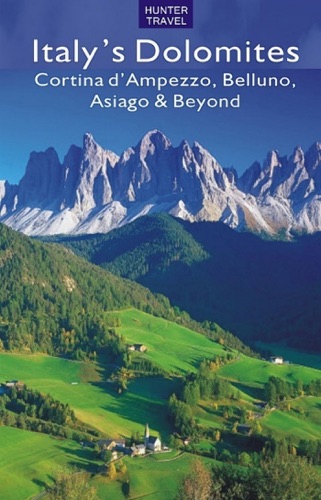 With its shimmering peaks, dramatic vertical rock faces, lively resort towns, Alpine hamlets and world-class ski resorts, the Dolomite Mountains are a retreat for climbers, skiers, mountaineers and all manner of outdoor enthusiasts. In the southern Alps between the Adige and Piave Rivers, the Dolomites are a tourist mecca in winter and summer, drawing visitors from around the globe for apres-ski in fashionable Cortina d'Ampezzo, summertime glacial skiing on the region's highest peak, Marmolada, and spectacular hiking from early summer through fall. The Dolomite range stretches over the northern Italian provinces of Belluno, Trentino and Alto Adige, but Cortina, along with several other lively resort towns are located in the Veneto's richly diverse province of Belluno. From its more densely populated southern district between Feltre and Longarone, the land rises steadily through the valleys and forests to the crests of the jagged Dolomite Mountains, declared a UNESCO World Heritage Site in 2009. Dropping down in size but certainly not beauty, the Dolomites gently slope toward the smaller mountain groups and plateaus that form the pre-Alpine zone, including Belluno, Mt. Grappa, the Mt. Baldo Range and the Asiago plateau. Here is the most detailed guide to the hiking, biking and skiing options, the resorts and other places to stay, the best restaurants, what to see and do.