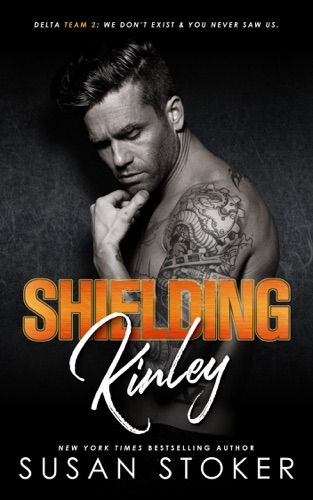 She’s always been an outsider, but it’s a dangerous time to be alone and he may be her only hope.

Being raised in the foster system has made Kinley Taylor feel like a lifelong outcast, but it’s witnessing a young girl’s last few minutes on Earth that proves just how alone she truly is. Kinley has no one to turn to, no family, no friends…except perhaps the gorgeous Delta Force soldier she met months ago. The one she ignored when he’d tried to keep in touch, convinced he couldn’t really be interested in a relationship.

When Kinley ghosts him not once, but twice, Gage “Lefty” Haskins takes the hint. Clearly the pretty personal assistant didn’t feel the same connection he did. Or so he assumes…until she shows up in Texas, on the run for her life after already surviving an assassination attempt. Lefty couldn’t turn her away even if he wanted to—and he doesn’t. The longer he knows her, the greater the connection he feels. He just has to keep Kinley alive long enough to convince her she’s The One.

Easier said than done, when the man who wants her dead has friends in high places…and a very patient hitman on retainer.

** Shielding Kinley is the 2nd book in the Delta Team Two Series. Each book is a stand-alone, with no cliffhanger endings.