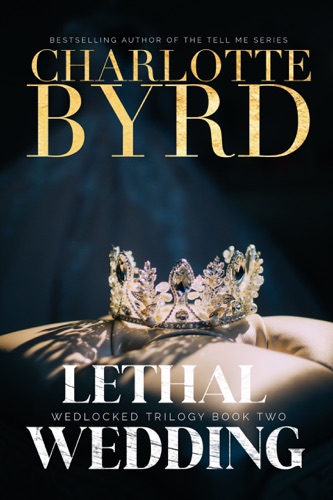 To save my father’s life and our family’s legacy, I have to marry a cruel man who wants me only as a trophy.

I thought Franklin Parks was a bad man before, but now I know he’s a monster.

To survive, I will have to beat him at his own game. But then Henry Asher, my one and only love, comes back into my life and things get a lot more complicated.

Franklin is not only my fiancé but also Henry’s boss, and he will stop at nothing to get everything he wants…

I was a fool to let her go. Now, I’ll have to do everything to get her back…

Aurora never thought I could be a rich dirtbag who would do anything to get what he wants but I am proving her wrong.

To help her, I had to teach myself a few things.

To protect her, I had to become my worst enemy.

To save her, I will have to do the unthinkable.

The problem is that she doesn’t want saving. She has her own plans. But the wedding is approaching and time is running out…

What readers are saying about Charlotte Byrd's Books:

“This book/series is addictive! Super hot and steamy, intense with twists and turns in the plot that you just won't see coming…” ★★★★★

“How on earth did I survive that? My mind is blown,  my hearts beating out of my chest and I'm on this cliff, shaking like a leaf in a windstorm waiting to do that all over again with the conclusion to one of the best reasons to get out of work and get lost for a while.” ★★★★★

“This series is just so intense and delicious. The stunning twists, raw emotions and nerve wracking tension just keep increasing as each book in this enticing series unfolds. I am so invested in Nicholas and Olivia. These characters really worm their way into your heart, while also totally consuming your mind. The gripping story quickly captivates and pulls you back into this couple's world.” ★★★★★