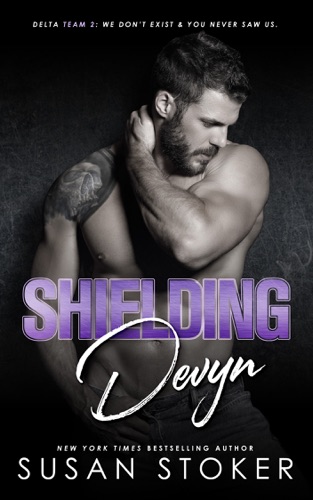 She’s not one to let her guard down, but he’ll prove he’s worth the risk.

When Devyn Groves needed a place to get away, she left her Midwestern state and headed for Texas, to the town where her Delta Force brother is stationed. It was supposed to be a brief stop, a safe and temporary refuge on the way to wherever she decided to settle next. Fast-forward over a year later, and she’s made amazing friends, is working part time as a vet tech, and is no closer to leaving. But there’s always the possibility…which is why she keeps Lucky, her brother’s teammate, at arm’s length. Even though it’s the last thing she wants to do.

Troy “Lucky” Schmidt fell for Devyn the moment he met her. She’s beautiful, smart, funny, and stronger than she thinks, especially after beating a serious childhood illness. Unfortunately, she’s also skittish around him, and seemingly not interested in a relationship of any kind. But Lucky isn’t one to give up easily. With a little help from her brother, he slowly breaches Devyn’s defenses…in a way even the headstrong vet tech can’t resist.

But when the very reason she fled her hometown shows up unexpectedly, Lucky suspects Devyn’s ready to bolt once again. Neither believe she’s in any kind of danger…until she is. Now Lucky, and the rest of his Delta team, have to band together to save one of their own.

** Shielding Devyn is the 6th book in the Delta Team Two Series. Each book is a stand-alone, with no cliffhanger endings.