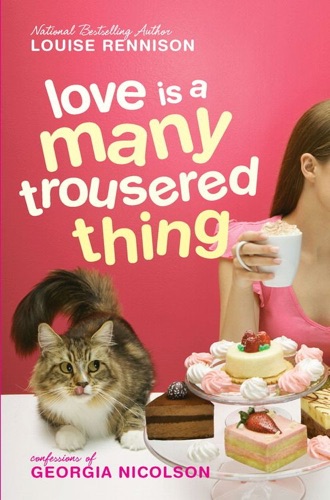 After queuing up at the cakeshop of luuurve for ages, I have accidentally bought two cakes.

And I am sitting in a bush.

Georgia thought her heartbreak-osity troubles were over when Masimo announced that he wanted to be her one and only. But just as she hits Swoon City, Robbie, the original Sex God, shows up. How in the world has Georgia accidentally acquired two Sex Gods?

Before Georgia can decide what to do next, she must figure out what Robbie's intentions are—and if his sudden re-appearance changes her mind about Masimo. And as much as she wants to turn to Dave the Laugh for help, he's another romantic thorn (and prospective snoggee) in her side. Will Georgia ever get off the rack of love once and for all?