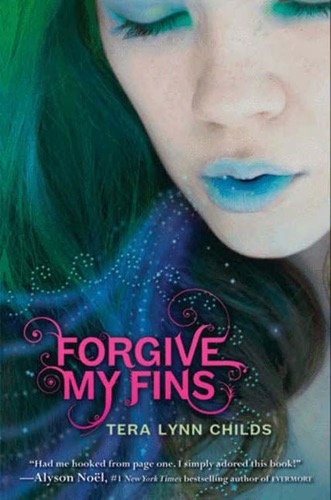 Unrequited love is hard enough when you’re a normal teenage girl, but for mermaid Lily Sanderson, there’s no such thing as a simple crush.

Lily has a secret, and it’s not her huge crush on gorgeous swimming god Brody Bennett, who makes her heart beat flipper-fast. Lily’s mermaid identity is a secret that can’t get out, since she’s not just any mermaid—she’s a Thalassinian princess.

When she discovered three years ago that her mother was actually a human, Lily finally realized why she didn’t feel quite at home in Thalassinia, and she’s been going to Seaview High ever since.

Living on land has its problems—like her obnoxious biker-boy neighbor, Quince Fletcher—but it has that one major perk: Brody. The problem is, mermaids aren’t really the casual dating type—when they bond, it’s for life.

When Lily’s attempt to win Brody’s love leads to a case of mistaken identity, she finds out, quick as a tailfin flick, that happily ever after never sails quite as smoothly as you planned.