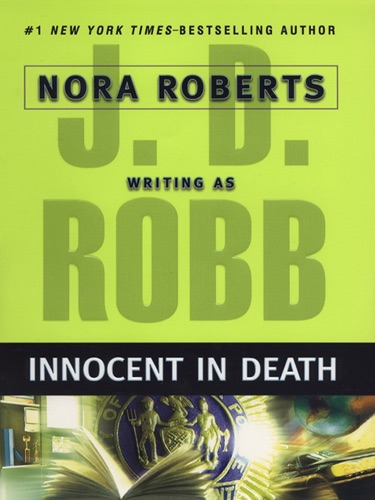 Lieutenant Eve Dallas hunts for the killer of a seemingly ordinary history teacher—and uncovers some extraordinary surprises—in this thriller in the #1 New York Times bestselling In Death series.

Eve Dallas doesn’t like to see innocent people murdered. And the death of history teacher Craig Foster is clearly a murder case. The lunch that his wife lovingly packed was tainted with deadly ricin. And Mr. Foster’s colleagues, shocked as they may be, have some shocking secrets of their own. It’s Eve’s job to get a feel for all the potential suspects—and find out why someone would have done this to a man who seemed so inoffensive, so pleasant...so innocent.

Someone Eve could easily picture dead is an old flame of her billionaire husband Roarke, who has turned up in New York and manipulated herself back into his life. Consumed by her jealousy—and Roarke’s indifference to it—Eve finds it hard to focus on the Foster case. But when another man turns up dead, she’ll have to keep in mind that both innocence and guilt can be facades...