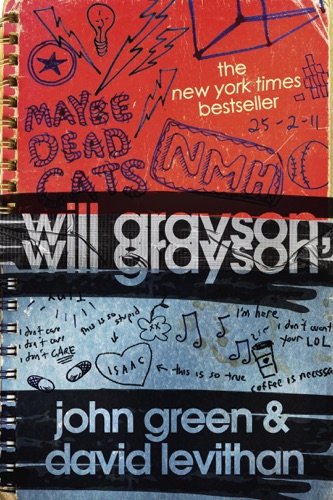 One cold night, in a most unlikely corner of Chicago, two teens—both named Will Grayson—are about to cross paths. As their worlds collide and intertwine, the Will Graysons find their lives going in new and unexpected directions, building toward romantic turns-of-heart and the epic production of history’s most fabulous high school musical.
Hilarious, poignant, and deeply insightful, John Green and David Levithan’s collaborative novel is brimming with a double helping of the heart and humor that have won them both legions of faithful fans.

“Will Grayson, Will Grayson is a complete romp. [It is] so funny, rude and original that by the time flowers hit the stage, even the musical-averse will cheer.” —The New York Times Book Review

★“Will have readers simultaneously laughing, crying and singing at the top of their lungs.”—Kirkus Reviews, starred review

“It is such a good book. [Green and Levithan] are two of the best writers writing today.” —NPR’sThe Roundtable