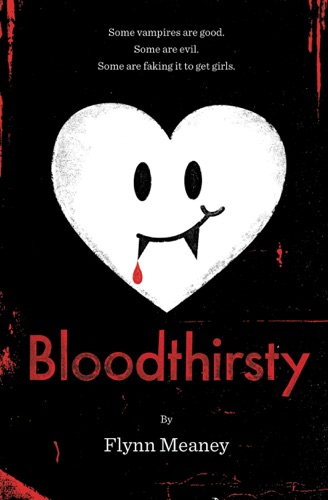 Some vampires are good. Some are evil. Some are faking it to get girls.

Awkward and allergic to the sun, sixteen-year-old Finbar Frame never gets the girl. But when he notices that all the female students at his school are obsessed with a vampire romance novel called Bloodthirsty, Finbar decides to boldly go where no sane guy has gone before-he becomes a vampire, minus the whole blood sucking part.

With his brooding nature and weirdly pale skin, it's surprisingly easy for Finbar to pretend to be paranormal. But, when he meets the one girl who just might like him for who he really is, he discovers that his life as a pseudo-vampire is more complicated than he expected.

This hilarious debut novel is for anyone who believes that sometimes even nice guys-without sharp teeth or sparkly skin-- can get the girl.