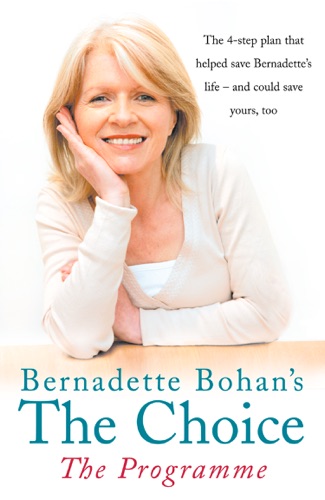 Inspirational cancer survivor and seminar speaker, Bernadette Bohan, whose memoir, The Choice, was a Top 5 bestseller in Ireland, introduces her long-awaited recipe book and 4-point plan to help you turn around your health and fight disease the natural way.

Bernadette Bohan, an ordinary wife and mother, decided to take her health into her own hands after twice getting cancer. Her bestselling memoir, The Choice, is now followed by this invaluable cookbook and lifestyle plan.

‘It should inspire anyone under the cloud of cancer to take back a little control…the positive impact her health plan has had upon her is its own advertisement.’ Irish Tatler

‘Instead of asking why it happened to her Bernadette has inspired others in the same situation.’ Sunday Mirror

Bernadette Bohan, an ordinary wife and mother, twice beat cancer and became a powerful advocate for changing one’s lifestyle to beat disease. She is an inspirational speaker at health conferences and her memoir, The Choice, has made her a popular figure in Ireland