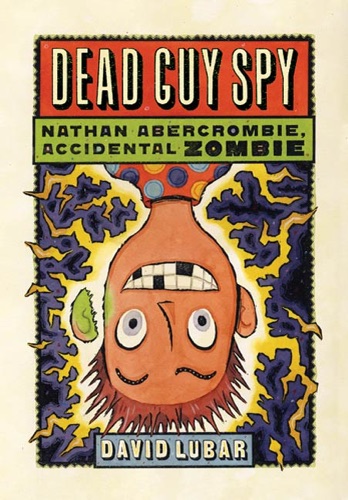 Nathan Abercrombie is getting used to his rotten life as a half-dead zombie. The good thing is he doesn't feel any pain. The bad thing is his body can't heal, so he has to be really careful not to break anything. But that's hard to do when his wrestling-obsessed gym teacher, Mr. Lomux, matches him up with Rodney the bully, who's looking for any excuse to break his bones.

Then one day, Nathan is approached by the secret organization B.U.M.—aka the Bureau of Useful Misadventures—which offers him a cure in exchange for his help. Nathan jumps at the chance to become the world's first zombie spy, but soon discovers that B.U.M. isn't quite what it seems. Can Nathan trust them?

Slovenske in druge pravljice by Hrizogon Majar - 21 Lessons for the 21st Century by Yuval Noah Harari - The Museum of Innocence by Orhan Pamuk & Maureen Freely - Sapiens by Yuval Noah Harari - Fate is the Hunter by Ernest K. Gann - Blitzed by Norman Ohler & Shaun Whiteside - The Way of the Samurai by Miyamoto Musashi, Yamamoto Tsunetomo & Inazo Nitobe - Antigona by Sofokles & Kajetan Gantar - How to Change Your Mind by Michael Pollan - SPQR by Professor Mary Beard -