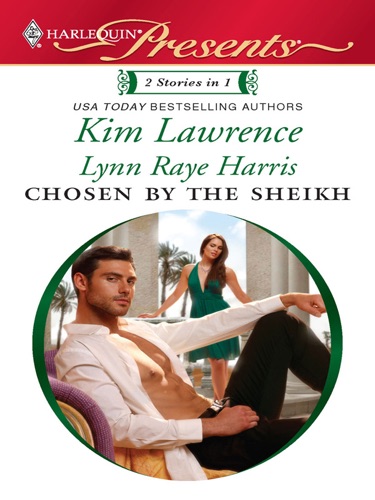 The Sheikh and the Virgin
by Kim Lawrence Prince

Tariq Al Kamal furiously forbids his brother to marry an unsuitable woman. Then Tariq whisks Beatrice away to his desert home where he becomes intent on seducing her. What he doesn't realize is she isn't his brother's intended—she's an innocent who's about to become his bride!

Kept for the Sheikh's Pleasure
by Lynn Raye Harris

King Zafir bin Rashid al-Khalifa does not care for surprises. Especially ones that involve the reappearance of his ex, Dr. Genie Gray! Now Zafir has the power to make all the rules—and what he wants is a willing Genie in his bed….