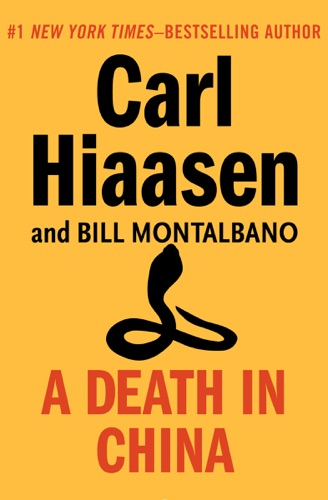 An American investigates a murder amid the secrecy and corruption of China in this crime thriller from the New York Times–bestselling author of Razor Girl.

Art history professor Tom Stratton hasn’t seen his former mentor David Wang for years—until they unexpectedly run into each other while Stratton is on a guided tour of China. But the reunion doesn’t last long. After Wang is found dead—and the American embassy fumbles the investigation—Stratton sets out to solve the mystery of the killing on his own.

Before long, he’s tangled in a web of corruption that reaches the highest seats of power. Beset by the suffocating secrecy and subterfuge of communist China, Stratton must find his friend’s murderer—before the fury of a brutal conspiracy closes in on him.

Along with Powder Burn and Trap Line, this international mystery is one of the early suspense thrillers written by Carl Hiaasen and Bill Montalbano, a writing team praised for their “fine flair for characters and settings” (Library Journal).