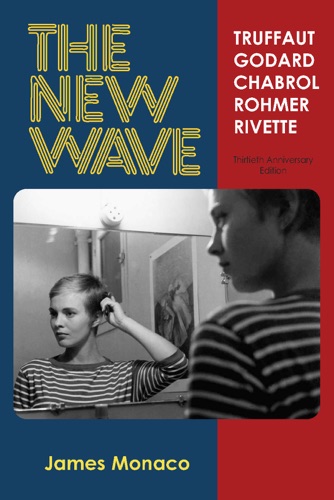 Three decades after its first publication, The New Wave is still considered one of the fundamental texts on the French film movement of the same name. Led by filmmakers as influential as Truffaut and Godard, the New Wave was a seminal moment in cinematic history, and The New Wave has been hailed as the most complete book ever written about it.
The New Wave tells the story of the New Wave through examinations of five of the most important directors of the era: Truffaut, Godard, Chabrol, Rohmer, and Rivette. With detailed notes and over fifty breathtaking stills, the book has appealed both to academics and interested novices alike.
The thirtieth anniversary edition includes a new afterword by the author.
Praise for the first edition of The New Wave:
“The most complete book I know on the five most important directors of the New Wave.” - Costa-Gavras
“At last a book that intelligently and critically examines that remarkable phenomenon known as the New Wave. Not just a book for film buffs, it is essential reading for anyone interested in the interrelations between art, politics, and life in the second half of the twentieth century. A remarkable achievement.” - Richard Roud, Founder, New York Film Festival
“There is a genuine kind of honesty at work in the writing: a sense that the author wishes to describe the subject more clearly, help the reader, and not ‘explain’ (in the pompous sense of the word) or criticize for the sake of being superior. It’s refreshing.” - Ted Perry, Museum of Modern Art