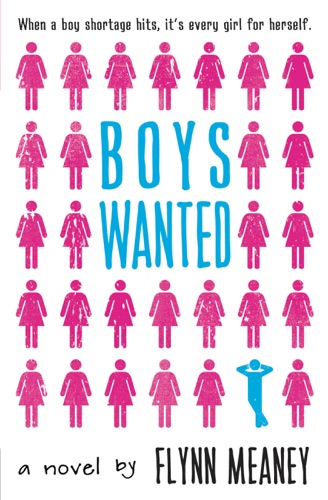 Previously published as The Boy Recession.

The population of Whitefish Bay, Wisconsin, is shrinking as families move to cities and towns with greener pastures, and the local high school is hurting: Nearly all of the area's most eligible guy shave moved or transferred schools.

With little competition, the remaining boys find their stocks on the rise, and even the most unlikely candidates have a good chance of making the team and getting the girl. Guitar-strumming slacker Hunter Fahrenbach has made an art of blending into the background, but now desperate coaches are recruiting him and popular girls are noticing his scruffy good looks. With a little help, Hunter might even be boyfriend material...
Down-to-earth Kelly Robbins has simple wish for her junior year: "one normal, nice boy to crush on." Kelly and Hunter have always been friends, but is there something more to their platonic relationship? And can Kelly overcome the odds? After all, dating is hard enough without a four-to-one ratio.
Flynn Meaney's writing has been described as "witty, laugh-out-loud funny, and real," and Boys Wanted cements her spot as a comedic star on the rise.