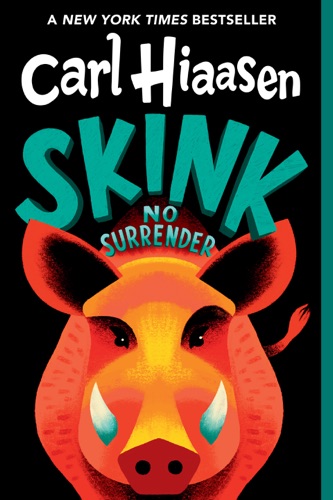 Richard's cousin is missing, and his best hope of finding her rests with the wily, one-eyed, ex-governor of Florida. Carl Hiaasen introduces his iconic character Skink to a younger audience in this nail-biting adventure!

Classic Malley: her parents are about to ship her off to boarding school, so she takes off with some guy she met online... Poor Richard: he's less of a rebel than Malley, and a lot less trusting. He knows his cousin is in trouble before she does. Wild Skink: he's a ragged, one-eyed, ex-governor of Florida, and enough of a renegade to think he can track Malley down. With Richard riding shotgun, this unlikely pair scour the state, undaunted by blinding storms, crazed pigs, flying bullets, and giant gators.

In Carl Hiaasen's outrageous, hilarious, and wildly dangerous state of Florida, there are a million places an outlaw might stash a teenage girl. A million unpleasant ways to die. And two who will risk everything to rescue a friend . . . and to, hopefully, exact a bit of swamp justice.