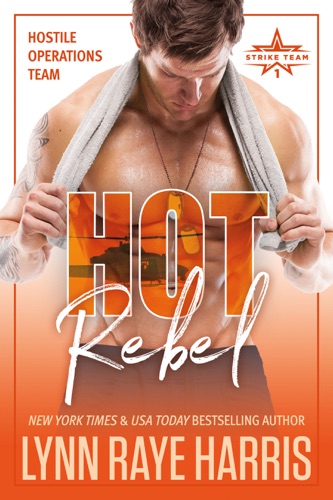 Is she a traitor? Or is she the victim?

Victoria Royal will do anything to save her sister - including let the Army believe she’s a traitor. Once a promising military sniper, she’s now a disgraced mercenary.

But the sacrifice will be worth it when she finds her baby sister, who went missing over two years ago. She’s getting closer to the truth - until someone orders a hit on her life.

When Special Ops soldier Nick “Brandy” Brandon is tasked with bringing Victoria in, he doesn’t expect he’ll have to work side by side with her. If he wants to infiltrate the rogue organization she works for, and find out who’s calling the shots, that’s the mission.

Even if he doesn’t trust that she won’t blow his cover.

Nick has wanted the smart-mouthed redhead since they were in sniper school together, but he can’t let himself be distracted. Do the job, get out alive.

But once all hell breaks loose and they’re running for their lives, he’ll have to decide if Victoria is really a traitor - or if she’s the victim…

**Start reading the Hostile Operations Team Series - Strike Team 1 today and enjoy an action-packed, seriously romantic and steamy-good-fun military romantic suspense. Each book can be read as a standalone. No cliffhangers or cheating and a guaranteed happily-ever-after ending!