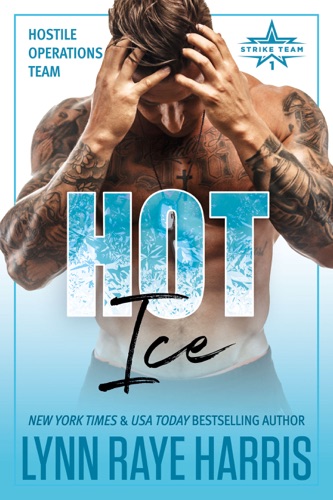 When fire and ice collide, you get steam…

Grace Campbell leads a privileged life. The daughter of a United States senator, she moves within the social circles of the rich and famous. But Grace is also a scientist, and when someone learns she possesses the knowledge necessary to create a new super virus capable of destroying entire nations, she becomes a target for terror groups and foreign governments alike.

Garrett “Iceman” Spencer didn’t join the Army’s elite Hostile Operations Team to babysit a spoiled rich girl, but when his superiors insist on assigning him to a senator’s daughter as her security detail, he has no choice but to comply.

It’s a shock to find that beneath the glasses and serious scowl, Grace Campbell burns hot. And Garrett, who’s been burned before, suddenly wants to immerse himself in the flames.

Keeping Grace alive—and keeping his hands off her—is a full-time job for this HOT soldier. Failure is not an option…

**Start reading the Hostile Operations Team Series - Strike Team 1 today and enjoy an action-packed, seriously romantic and steamy-good-fun military romantic suspense. Each book can be read as a standalone. No cliffhangers or cheating and a guaranteed happily-ever-after ending!