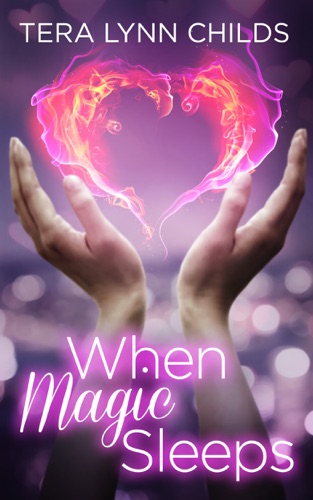 “From magic, to fairies and to hidden worlds, Childs will surely get you hooked on this fantasy filled novella!” —Talina at Sassy and Dangerous

When magic sleeps, everything changes.

For as long as she can remember, Winnie Price has visited another world in her dreams, a magical fae realm caught up in a war of intrigue and sorcery. Where nature is all-powerful and a dark prince will do anything to save his dying clan. She thought this realm was pure imagination, until one midsummer’s eve when the owl who visits her window once a month transforms into a boy before her eyes. And not just any boy, the dark fae prince.

With his clan on the verge of extinction, Cathair O Cuana knows that his secret feelings for the human girl can never be more than fantasy. Caught between duty and emotion, he knows his responsibility to his people comes first. But when the magic sleeps and she sees his true form, the girl he yearns for finally feels within his reach—just as a traitor in the palace pushes the kingdom to the brink of war. Will disaster drive them apart or pull them together?

In a world where dreams, magic, and war collide, a human girl with a special ability and a fae prince with the weight of a kingdom on his shoulders must risk everything for a chance at happily ever after.