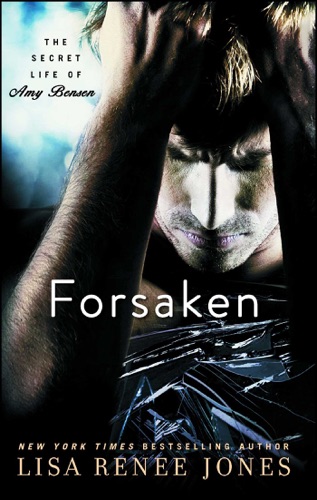 In this third book in the sexy, suspenseful “The Secret Life of Amy Bensen” series from New York Times bestselling author Lisa Renee Jones, we meet Amy’s brother Chad—and the woman who either loves him or wants him dead.

Six years ago, Chad’s hunt for a dangerous treasure turned deadly when his family home was set on fire, his parents killed. Faking his and his sister Amy’s death to protect her from further retaliation, he set her up in a new life with a friend’s help, letting her believe he’d died.

But now the men who hired Chad to find the treasure have found him, imprisoning and torturing him to learn where it’s hidden. A dark-haired beauty named Gia helps him escape, promising him access to his worst enemy. And as he tries to unravel the deep secrets of the past, he starts falling for her…only to discover she’s not what she seems.

Unable to trust anyone, Chad focuses on only two things: protecting his sister Amy and getting revenge. Is love even possible in the midst of heartache?