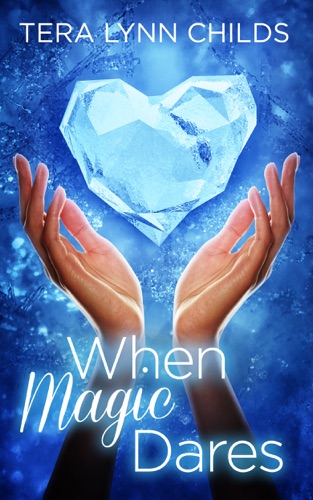 “The characters are fun and fresh, the world dangerous and exciting, and the stories themselves are very well written.” —Carrie at Once Upon a Dream Books

When magic dares, anything is possible.

Young, beautiful, and royal, Princess Arianne of the Deachair should be the most envied fae in all the realms. But tragedy stole a carefree life from her. Thrust into the role of ruler as a girl, she has spent the last decade struggling to keep her people safe at any cost. With her magic weakened by a devastating curse, strength, will and intelligence are her only powers left to wield. When the full force of the Moraine army marches on her palace, ready for war, she must act quickly to save her clan from total destruction.

As captain of the royal guard, Tearloch Donne considers the protection of the Moraine and their royal family his foremost duty. A duty he failed when a traitor within the palace ranks nearly assassinated the high prince. Now he will do whatever it takes to hunt the villain down and make him pay for his betrayal. But when he volunteers the enemy princess on a quest for answers, he finds himself weighing his duty to his clan against his growing feelings for her and a secret memory they share.

With the fate of two dying clans depending on their success, a proud princess with dangerous secrets and a loyal warrior bent on revenge must embark on a journey that could save them all... or destroy them both.