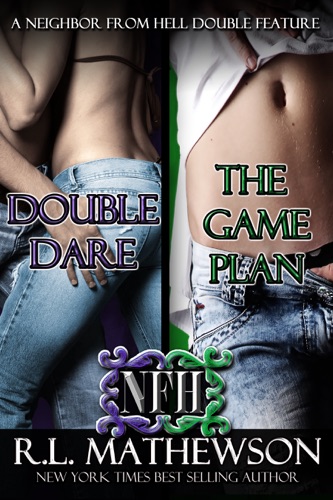 From the NY Times Best Selling Series, Neighbor from Hell comes The Game Plan and Double Dare in this double feature...

Spend the next 40 years in prison or break her lease early?

Normally she’d be able to say that this one was a no-brainer, but things have definitely changed since she was forced to move in across the hall from Danny Bradford.

A lot of things……

She wanted to get through one day, just ONE day without Danny Bradford doing something to test the limits to her control, but with that damn smile of his and his habit of leaving her contemplating manslaughter, she didn’t see that happening anytime soon.

He loved his family, but some days…….

It was too much, but that was okay, because his small neighbor living across the hallway provided him with endless hours of entertainment. Not on purpose of course, but did it really matter as long she made him smile?

Marybeth still couldn’t believe that she’d survived this long with a friend like Darrin, but somehow she’d managed to beat the odds and not give in to temptation and smother him with a pillow while he slept.

Of course some days were more difficult than others...

For twenty years he’s been biding his time, waiting for the right moment to make his move and now that she was finally his, he had to do everything in his power to keep her even if it meant making a decision that would tear them apart and force her to face the truth.