When I saw people clustering around it, looking at it, I felt especially happy, convinced that the message of God Doesn't Make Trash would perhaps reach others, that humanity and marriage would marry. Homophobia must stop! 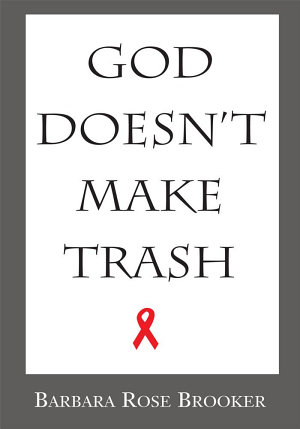 In Publisher’s Weekly April 23, 2001 issue, the industry magazine spotlighted the LGBT book scene in 2001. In his article prefacing a list of nearly 200 selected Gay and Lesbian titles, Charles Hix stated: “Significantly, the number of books dealing primarily with AIDS is down compared to 2000...AIDS is now more likely to be treated as an incidental fact, not a focus.” Indeed, scanning the titles and descriptions of the books listed in the article, I counted only eight titles that spoke of AIDS specifically. There appears to be little interest anymore in the personal stories of those lost. Indeed, it takes the stature of an Edmund White to even interest a major publisher in another collection of cenotaphs. What then do we make of Barbara Rose Brooker’s brave little book recounting the stories of friends and acquaintances long dead from AIDS? The book’s title comes from a conversation Brooker had with former Marlboro Man and later AIDS model, Christian Haren. Brooker, a struggling novelist with two young daughters had been a reluctant but loving witness to her next door neighbor’s early agonizing victimization and discrimination preceeding his death from the virus and its complications. In an effort to fulfill a promise to her friend, Brooker sets about taping interviews with AIDS patients in a half-hearted attempt to document their stories. Christian Haren was her first interviewee. Galvanized by anger and illness, co-opted by the nascent AIDS response movement as a poster child, Haren is in a unique position to usher Brooker to the Castro and San Francisco General Hospital’s earliest AIDS ward in the rapidly blackening early days of the pandemic. Constantly, Haren pushes her to listen, to record, to write. Alternately cajoling and hectoring, the dying Haren manages to inspire the straight, Jewish, liberal Brooker to undertake a project which was to haunt her for the following fifteen years. The product of that haunting, some twenty-nine chapters profiling men and women, gay and straight in the grips of a time and a disease, is really as much a portrait of middle class America’s dawning awareness of and helpless witness to the pandemic as it is of the dying’s. The dying themselves are vibrantly recalled in Brooker’s tender, elegaic chronicalling, but it is the portrait of Brooker herself that is most compelling. Her journey from sympathetic bystander to paralyzed witness to stoic promise-keeper is a genuine document of a time and a place that seems, unfortunately, to have an expired shelf-life. That is the pity and the promise of this fine little book. Pity that it might easily go unread and ignored for now, but it promises to be a classic for the times to come. I have written before that history is most intimately experienced by small people in small places. We are lucky to have this small history now and waiting again in a huge unknown future. -by Jay Quinn Lambda Book Report July/August 2001 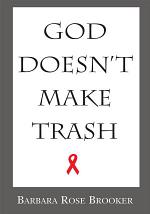 Authors: Barbara Rose Brooker
Categories: Social Science
In Publisher’s Weekly April 23, 2001 issue, the industry magazine spotlighted the LGBT book scene in 2001. In his article prefacing a list of nearly 200 selected Gay and Lesbian titles, Charles Hix stated: “Significantly, the number of books dealing primarily with AIDS is down compared to 2000...AIDS is now 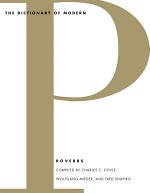 The Dictionary of Modern Proverbs

Authors: Barbara Rose Brooker
Categories: Reference
"You can't unring a bell." "It takes a village to raise a child." "Life is just a bowl of cherries." We sometimes think of proverbs as expressions of ancient wisdom, but in fact new proverbs are constantly arising. This unique volume is devoted exclusively to English language proverbs that originated 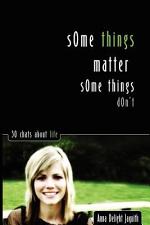 Authors: Anna D. Jaquith
Categories: Religion
In the big picture of life, some things really matter and some things really don't matter. Try to keep everything in perspective and live for what matters in the end. It matters that you learn to let God be your best friend in the world. Other people may fail you, 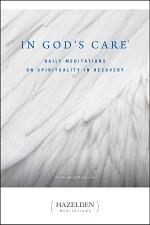 Authors: Karen Casey, Homer Pyle
Categories: Self-Help
True, lasting recovery requires us to create and maintain inner peace. For many, it springs from a practice of mindfulness, for others from the rituals of religion. But not everyone finds a connection with a Higher Power in those ways. Through daily reflection and meditation, In God’s Care gifts a 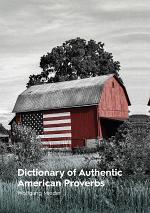